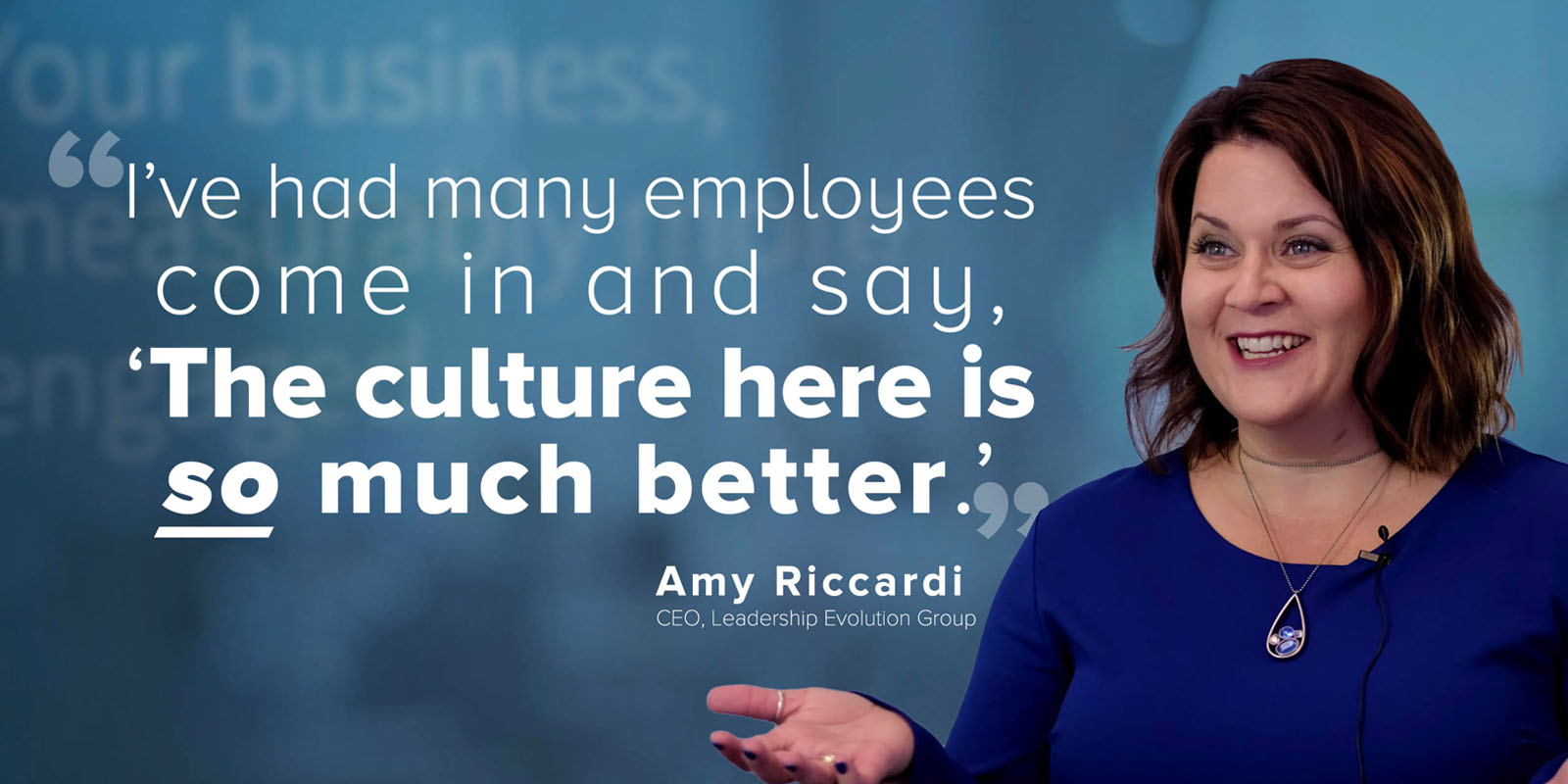 Amy Riccardi is the CEO of Leadership Evolution Group and the consulting practice HCM2020, running human capital management programs in organizations all over North America.

She’s been an Engagement Multiplier partner for a little over a year and uses it with all of their clients.

How Amy uses Engagement Multiplier with her clients

Implementing Engagement Multiplier is one of the very first things she does, using the EM survey with other assessment tools to get a fast and accurate picture of “what’s really going on in an organization.”

While the first survey gives important insights ‘under the hood’ of current operations, she says the second survey can add striking clarity.

The client brought Amy in to solve the mystery of their high turnover – around 45%. The company owners had no idea what could be causing so many employees to leave. She sent the first survey to gather clues as to what might be happening.

“At the same time that we initially implemented the Engagement Multiplier tool, we came in and started meeting one-on-one with the staff. The results of both of these painted a really clear picture about what was actually going on, which was really fascinating. Over the next 90 days, we had a chance to make a lot of changes in the organization.

This client, in particular, really needed to get clear about their purpose. So we spent some time on that and articulating it to staff.”

As soon as they hammered out the client’s new Engaged Purpose, she began using it to guide their hiring strategy, and to determine which existing employees were still a good fit for the organization.

“Frankly, there were people who were there that were not a good fit. There were also people there who were very disengaged – which happened to be the same people doing a lot of the complaining and pot-stirring (which is really no surprise).”

By the second 90-day cycle, they had increased their employee engagement score by 13 points, a significant leap.

“We were really excited about it, and a lot of it has to do with clarity of our own purpose and just having that tool that employees could use to provide feedback.”

Employees even used the Suggestion Box feature to anonymously share their thoughts and ideas between the first and second survey, which Amy says was great. She says there were two big insights that came through that way:

“The organization at the time didn’t have any kind of parental leave policy, so somebody suggested we look into it. So we did. We actually ended up creating one.

The other suggestion was around reviewing the Paid Time Off policy and procedures, and we completely revamped that as well.”

From receiving the feedback to working with leadership to make changes took “literally, days” Amy recalls.

“They were so excited to get the feedback at the beginning. As admins to the account, they were seeing everything as soon as the reporting was available and really had to sit back and examine what was going on, what they were doing, what they weren’t doing, and what they needed to change to help engage the organization at all levels. That can be overwhelming!”

But, because they were brave, caring owners, they listened to the feedback and did the work, reaping the rewards in higher engagement and, of course, higher retention rates.

“In July, we had zero turnover. That was huge.”

Amy says she appreciates the potential of partnering with Engagement Multiplier to create a residual income stream.

“It has the ability to provide some really nice residual income that’s passive when you have partners, and they have clients using it. We recommend tools to other people all the time, but in this case, you actually get to benefit from it, which is really nice. For me, I think it’s brilliant.”

Learn more about our Partner Program by visiting partners.engagementmultiplier.com 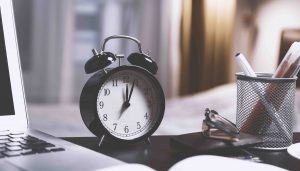 There was a meme circulating on the Internet, featuring Homer Simpson in a smart tie, clutching... 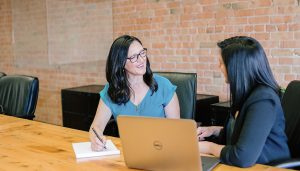 Onboarding on Day One? That’s Way Too Late

So, you’ve signed a contract with your new staff member and confirmed their start date. Once... 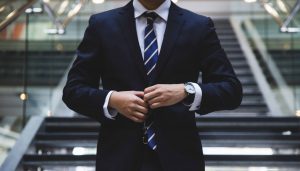 How to Understand Your Job Candidates Better Than They Understand Themselves

Our Head of Special Projects was astonished… she had just recruited a new member of staff...