Onboarding gig workers (also known as “contingent workers”) is top of mind at many organisations, as companies turn to the fast-growing pool of flexible, non-permanent workers including consultants, freelancers, and independent contractors. Contingent workers are temporary employees that are hired for a specific period, such as covering for an employee on maternity leave, or for a particular project, and are generally expected to meet specific terms defined for the job they’re performing. Because their tenure is temporary, getting onboarding for your gig workers right is critical to both their success and the company’s investment. 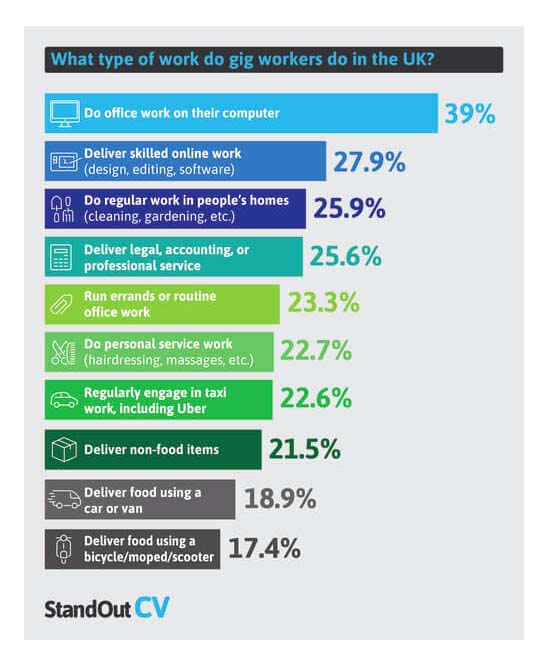 Before we dive into best practices for onboarding gig workers, it’s important to first appreciate how prevalent contingent work has become. The last year has seen a significant increase in the number of gig workers. In the UK, 1 in 7 adults has performed contingent work, and as of October 2021, there were just under 4.3 million self-employed workers in the UK, according to Statista. This represents a steady increase in self-employment in the United Kingdom, which was at 3.2 million people in December 2000, and rose to over 5 million at the beginning of 2020.

The popularity of contingent work is on the rise in the US, as well. Statista reports the number of gig workers in the U.S.A is growing at an annual rate of 64.8% and is predicted to continue accelerating, forecasting a whopping 90.1% increase by 2028.

Why is it important to fully integrate contingent workers into the workforce?

“The only difference between contingent workers and your full-time employees is the terms of their employment,” notes Stefan Wissenbach, founder and CEO of Engagement Multiplier. “Otherwise, they need the same things other employees do if they’re to do their best work, and they probably need those things quickly if they’re expected to deliver results within a short timeframe.”

The more easily a new employee can navigate the workplace, the less likely they will be to step on toes or unwittingly run afoul of the organisation’s norms. Put another way, they’ll “fit in” and be able to concentrate on building relationships and doing work, rather than trying to parse the way things are done.”

Integrating your new contingent employees is important for their productivity – and other reasons, including:

How to help contingent workers feel part of the larger team

“Making contingent workers feel part of the team starts before they show up for the first day,” notes Stefan. “When they walk in the door on the first day, they should they know where to go, where to park, find someone is there to greet them when they arrive, and their workstation and equipment should be clean, operational, and ready to go. These are more than thoughtful actions – they make a lasting and positive first impression.”

Other things you can do to make them truly feel part of the team include:

Determining what good looks like for integrating your contingent workers can include a variety of factors, including whether the worker achieves the goals you’ve set to feedback from their peers and stakeholders on their experience working with temporary workers.

To gather a clear view into the onboarding experience, ask your new team members – including gig workers – about the things you know should be true, such as:

“I always like to invite open-ended feedback questions as well,” Stefan adds. “Two of my favourites are “How did taking this survey make you feel?” and “How would you recommend we improve the onboarding experience?” You can get some incredible insights from asking for focused feedback.”

With this information, a leader can immediately take action to resolve any issues that may be identified, as well as continually improve the onboarding process for contingent staff.

How to Create Jobs People Will Love: An Intro to Job Design

Job design is an important element of employee retention and successful recruitment but the concept doesn’t get much attention. However,...

How Often Should You Run Employee Surveys?

“How often should you run employee surveys?” is a question we hear often. It’s a smart question, and the answer...

Don’t Hope For Success. Plan For It.