At Engagement Multiplier, we have extremely productive meetings – Stefan Wissenbach has made a science out of it! One thing we do that makes our meetings especially effective for creative problem solving is the “IDS” method, which stands for: Identify, Discuss, Solve.

Before the meeting, each team member keeps track of any problems they encounter that might require input from the larger group to solve.

But there’s an extra step that makes ‘identification’ even more efficient: Root-cause analysis that helps us dig down into the problem we’ve observed to find out whether it’s a symptom of an underlying issue.

We do this by using the ‘5 Whys’ approach. It’s easy to mistake a symptom for the problem, but when you just treat the symptom without addressing the root cause, other symptoms will emerge! ‘Five Whys’ is a root cause analysis that’s really simple: Just ask “why?” five times. 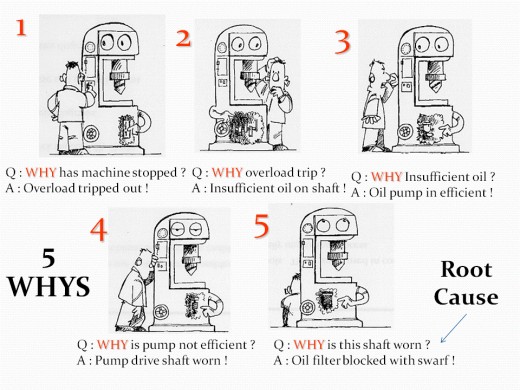 Do you have to have 5 Whys? No. That’s an arbitrary number. But the point is to not stop asking Why? before you actually reach the source of the problem.

Each team member who has identified a problem, and the root cause of the problem, presents their problem to the team in the meeting to discuss it.

This part should be quick and structured. Everyone asks questions, then suggests actions, and the person who brought the problem to the table says what they’ll do.

Then they write that action down on their personal To-Do list – to be done by the next meeting.

Hopefully, the action will solve the problem. But, if the action taken doesn’t work, the problem can go back on the issue list for more discussion, and another attempt to solve it.

But, if the team member fails to do the action they committed to – that team member goes on the issue list!

(Nobody wants to become the issue!)

Our go-to approach for weekly meetings

Yes, IDS involves serious accountability – and it really works. The most challenging part is finding the root issue behind each symptom, and we’re not perfect at it. But that’s where discussion with other team members becomes so helpful.

Why Annual Employee Surveys Don’t Work (& What Does)

The continuing challenges in retaining employees and recruiting new workers have companies throwing their playbooks open as they search for...