In most companies, taking on additional responsibilities requires additional compensation and a title change. That’s not always an option when there are no leadership positions available. But we’ve observed a remarkable phenomenon happen in certain engaged organizations: volunteers. This means that continually engaging and creating a leadership culture in your company doesn’t involve looking to managers, directors, etc.

At Strategic Coach, co-Founders Dan Sullivan and Babs Smith have what they call LEOs – Leaders of Engaged Organizations. Being a LEO is a voluntary role that anyone can take on, and it means accepting responsibility for the implementation of an engagement initiative. More than that though, it’s independently and internally run.

As Dan explains, Strategic Coach achieved a 97% survey participation rate (and an engagement score of 89.5% by their fourth survey) in large part due to LEOs:

“It’s actually the emergence of an entire team in Strategic Coach called the LEO Team, which was totally self-created by team leaders and team members in Coach. It operates completely on its own. Right now it involves about 35 of the 120 members, and we only know what they’re doing after they’ve had their meetings and have identified what they’re going to work on each quarter. It’s an entirely new leadership center inside Strategic Coach that we didn’t initiate and carries independently of us, but we’re seeing enormous impact.”

Strategic Coach has very low staff turnover and highly engaged employees, which means official leadership positions don’t open up often. The LEO program, however, allows any team member to create and take charge of an engagement initiative for the quarter.

When team members are committed to and invested in growing with their companies, it makes sense to want to improve their work environment as much as possible. The LEO program empowers them to do just that. But that’s not to say they’re not ambitious – they just know that in a low turnover, highly engaged company like Strategic Coach, the chance for official advancement only comes through expansion and intrapreneurship.

The trickle-down effects of engagement never cease to amaze us, but seeing people step up and create roles for themselves, because they are committed to the welfare and success of their company, is truly inspiring. It becomes obvious that the best employee engagement ideas come from empowered people.

Inside the Engagement Multiplier employee survey, we ask the following question:

What two actions can you personally take in the next 90 days to improve overall engagement (that aren’t dependent on leadership)?

LEOs are a prime example of employees putting this question into action. Learn more about how you can inspire your team and create a culture of leaders in your organization in this short clip.

Watch Stefan explain the Observations section and the Power of Teamwork in this 2-minute video tip.

Empower your employees to take responsibility for creating and implementing engagement measures – with your support. Part of this empowerment is built into the Engaged Multiplier system through transparency in scores and our quarterly survey to get people to think of what they can do to improve engagement, without involving managerial investment. But we also recommend sharing the anonymous comments from the survey with your Leaders, to help them get ideas as to which projects to tackle first, and make their own comments and observations in our Observation section of the EM platform. 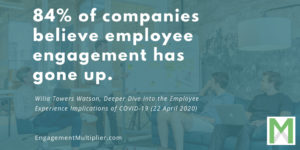 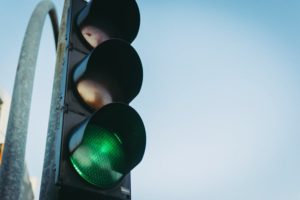